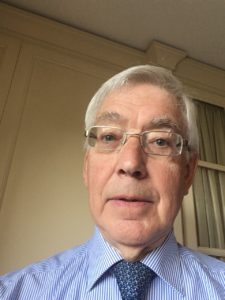 We are pleased to confirm the appointment of a new trustee, Richard Everitt CBE.

Richard and his wife Julia have lived in Cranleigh for almost 40  years.

They have three grown-up children and seven grandchildren. Richard and his wife are very involved in the Cranleigh community.

Richard qualified as a solicitor and worked locally in private practice.

In 1978, Richard joined the British Airports Authority (BAA). Following the privatisation of BAA, Richard then joined the Board in 1991 as Director of Regulation and Compliance.

Commenting on his appointment as a trustee of Cranleigh Village Health Trust, Richard said:

We have had the privilege of living in Cranleigh for nearly 40 years.

I passionately believe that the Community would benefit from the care beds proposed by the CVHT scheme as our demographic ages.

I hope that we can now bring the scheme to fruition with strong community support.

We're currently offline. Send us an email and we'll get back to you, asap.